Detergent For Men? so… who buys masculine fragranced detergent – you might be suprised?

Ironing Tips: A Mans Guide to ironing and choosing an iron!
Washing temperatures – Should I wash Hot or Not?

In 2011 the gap in the detergent aisle became no more. For the first time ever there was now a choice, away from traditional female scents and baby cute packages designed for mums and babies. Distinctive washing powder launched the worlds first  masculine smelling product for the laundry aisle.

However, whilst the initial customers were all men, in line with the intended profiling as word spread, very soon it became apparent that a detergent for men – a masculine scent in laundry wasn’t only wanted by men.  Women were buying it too..,,and that included single women with children and retirees. Completely out of the original target audience.

After Distinctive Wash’s viral video achieved television airspace on USA programme Right this minute it wasn’t long before The masculine sector for laundry in the USA was established – with a number of new entrant brands to the detergent market determined to grow in a big way. They all launched via crowd sourcing their products and pushed hard.

Meanwhile in the UK and Europe despite a great start Distinctive Wash Ltd quickly realised that genderising products wasn’t particularly favourable with the retailers..We’ve seen a number of retailers like John Lewis do away with children clothes departments split into Boys and Girls wear and instead offer unisex items such is the movement towards non genderising our future says Louise. And whilst the older generations have taken great offence to the move younger millennials and teaching research is backing the idea up with statistics to suggest that girls are held back less by not perceiving themselves as a girl at a young age and equally boys should be allowed to pick pink and pretty items. Its interesting as all the new age thinking has nothing in history to base it on. Are they right or wrong only time will tell?

We set out to provide a Masculine solution for men, living in a modern world where men actually do the laundry and chores on an equal playing field and came to realise that actually we were providing a masculine fragrance for everyone. Its hard starting out to realise you got your positioning a little wrong but no amount of normal research would have given me that information says Louise. Only getting a product our there and listening and deducting.

In Germany and USA products can be much more compartmentalised to his and hers but in the UK retailers trend is just not like that and even other cosmetics and personal care products are taking on more of a unisex approach to their products.

It doesnt necessarily work both ways though says Dave of Distinctive Wash Ltd. Women love a masculine scent but not many men choose to wear a traditionally female, blossom like fragrance. Its peculiar to consider where fragrances will go in the future, we are definitely in a unisex age currently where fragrance artisans are no longer designing products specific for either sex? Masculine scents with the tage line For Men are no more as women want to be able to select this choice in the detergent and personal care market too. As women we fought the inequality battle for so long we are not going to allow genderised products to take a hold.

Indeed in the UK and Europe as a whole there is a move towards providing choice but not genderising it, less keen on identified genderising of products though yes yes yes they all love masculine scents, so the big issue is How do you describe a traditional typical masculine scent without genderising?..,

Immediately there is something of an issue here.

We want the choice of masculine fragrances in our products but not necessarily to feel that a product is designed for one or the other sex.

The stereotypical male of 50 – 100 years ago, whose involvement in laundry was limited to putting garments in the dirty washing basket, or leaving them on the floor…really is no more says Louise Knowler of Distinctive Wash Ltd.  He would have laughed aloud at the proposition that men did anything to help with laundry, let alone that they cared what products their wives used or how laundry smelt.

Not so today. More women are working full time, childcare is being shared, men get paternity leave, household chores are no longer the sole domain of the woman of the house.

Men’s attitudes to laundry however, still vary wildly.  We’ve sampled plenty of modern families where the man is responsible for the laundry in the household or couples who both do their own laundry separately, despite living together and cooking and sharing other household chores? Bizarre it may seem. Either way, its hard for modern households coping with volumes of laundry whilst juggling working life and it can be a daunting task for males or females starting with the complexities of washing instructions if they are left to their own devices.

Women traditionally learned how to wash from their mothers, along with housework and cooking but these days its essential both sexes learn. And although working time constraints often lead people to look for short term external washing services we very rarely want to put all our laundry out.

The old fashioned belief that men really can’t or won’t do laundry is simply no longer true, modern man is as adaptable as modern woman, and the high achievers take as much pride in their immaculate homes and personal appearance as they do their careers.

Well there didn’t used to be before Distinctive as we launched the worlds first which was in development back in 2010 but there are a couple to choose from now…Distinctive is super easy for all your laundry, it needs no separate conditioner and is optical brightener and bleaching agent free, simplifying what you put in the washing machine drawer and the risk of an accidental error when laundering.  It also has the seductive masculine scent of amber and sandalwood, which combined with heat activated sticky bud technology, means that scent lasts longer.  Men and women both love masculine designer fragrances and men certainly do care what their clothes smell like and love the effect of receiving compliments based on how they smell.

Its an age where females will happily wear a masculine scent, but it still isn’t considered acceptable for any men to wear a feminine choice of perfume. And although most of us want to smell great we don’t want to walk around in an overpowering haze of scent that makes others gasp for breath.  Sexy, subtle up close and personal fragrance is definitely the best way to go. Read about scent and seduction here.

So Men do.. laundry! but so do women and who picks the masculine scent up isn’t genderised either.

And they do it well and sadly in a world where families don’t all stay together long term, can any of us really say the words ‘men don’t do laundry’

Who does what in your household? 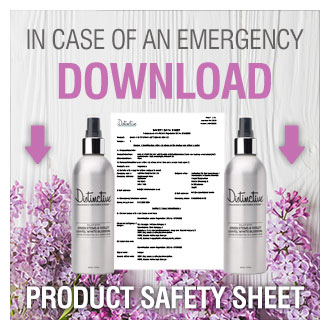